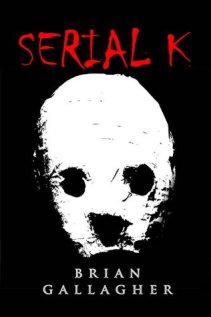 *This was part of the OnlineBookClub.org Book of the Day Program and is reviewed for the Blogger Review Program*

Growing up, Craig Breedlove, did not look up to athletes, but to serial killers…Diagnosed with antisocial personality disorder, which causes lack of emotion, Breedlove grew up in a way that was not typical.

With the mysterious death of his parents, adult Breedlove desires nothing more than to become the most famous serial killer. By using the methods of the most well-known serial killers in the U.S. and adopting his own style, Breedlove takes great pride and joy of the mass chaos he is causing.

Divorced FBI agents, Lea Pucci and Ryan O’Callahan, come together to try to solve the increased number of murders happening throughout the country. But, as the murders continue, they seem to be led to one dead end to another. Will they ever catch the serial killer? How many will die before they do?

What drew me into this story was wanting to understand the mind of an unstable person. What drives the decisions they make? What makes some vindictive while others are left in a state of depression? So, the idea of a character who desires to be the most famous killer obviously had some issues growing up and I wanted to know these issues. The author gives some insight into Breedlove’s disturbing and unsettling childhood and his diagnosis. However, it was a bit less than I hoped for. I actually wished that there were more childhood/growing up flashbacks throughout the read than some of the FBI scenes.

I did find Breedlove’s character very interesting, but again I wanted more of his motives. Though I can see some of the negative experiences Breedlove had as a child contributing to the state he is in as an adult, I wanted more of a lead up to the conclusion of desiring to become a serial killer. He has such a sick mind and an eerily detached feeling toward people when he commits murder. It becomes something he feels he has to do and has no qualms over anything. Some of the scenes were depicted so well that it made my stomach churned, which I applaud the author for.

Since this was told in both the killer’s and the opposing side’s views, there really wasn’t too many surprises and some of the intense scenes were brought down fairly quickly when the perspective was changed. I had the most challenge in enjoying the scenes where O’Callahan was present because I didn’t feel he contributed anything to the plot and didn’t seem to be that bright. Lea, his ex-wife, brought more, as the profiler, but she was mainly brought into the scenes when O’Callahan was present. Which, by the way, whenever these two were together, I would say at least 75% of their conversation and time together was about food. Where they were eating, what they were eating, what type of cuisine they should be eating, etc. It got to a point that the food was just thrown in for really no reason and it became less about the real story – Breedlove wanting to be the most famous serial killer and finding him.

One of my favorite parts of the novel was the ending. I thought it was logically sequenced and exciting. The author did a nice job wrapping up loose ends and yet leaves the reader in a cliffhanger that nicely leads to the next book.

Overall, there were parts I wasn’t a fan of, but others that I really enjoyed. Though there were some errors throughout, the book was still entertaining for the most part.

As a warning, there are several explicit gory scenes that can make some squeamish and uncomfortable.

Homemade red velvet cake pops for GoT last night! Show ended okay, but the cake pops were super yummy 😋 #cakepops #dessert #redvelvet #homemade #baking #baker
Next round of baby aloe plants are on their way! So crazy how many plants this mama plant has produced so far 🌱 #plants #gardening #nature #planting
Grateful to have a backyard again to read and chill with Zoey in 🏡 #grateful #home #reading #doglovers
My version of the White Walker Dragon Cake! It was also yummy and very fun to make!! 😋 #gameofthrones #baking #whitewalker #cake #dragoneye #bakingforfriends #seasonpremiere
Just some homemade brownies that were super yummy!! 😋 #homemade #baking #brownies #kitchenaid #bakingforfriends
Our little girl on the day of her tooth surgery 🙁 She's feeling much better now though! #dogsofinstagram #love #dogs