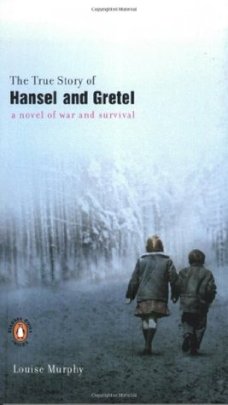 During the last few months of the Nazi occupation in Poland, everyone is on edge waiting for all the devastation to end.

Right in the beginning of this book, two Jewish children are left by their father and stepmother for a better chance for survival. They are named “Hansel” and “Gretel”, as their Jewish names would give them away. As they stumble through the woods, starved and scared, they find a woman who takes them in. The woman is referred to as a “witch”.

As this “witch”, named Magda, help hide these children, the constant fear of being found is always in the back of everyone’s minds, especially since a new cruel German officer moves into the nearby town.

This book has been on my TBR list for a while, and I haven’t given it a read until recently. It definitely was one that made me feel a variety of emotions, and I’m glad that I read it.

Character development was done very well with several characters here. The way the children were able to survive through the heartache, suffering, and the risk of being found was something that really touched my heart. At one point, there is a sort role reversal between the two kids that nearly broke my heart. All I wanted to do was give these children hugs and lots of food. Another character that touched my heart was one named Telek. He was one that was helpful toward the children and showed his love toward a particular woman. He not only tried to do what was right, which isn’t always easy, he was reliable, lovable, and strong. I honestly feel he brought some glimmer of hope within the book and during this traumatic time.

Most of the plot was exciting and even scary, at times. There were a few different instances that almost became too much for me and I had to stop reading to look away from the text. The main one was one when a child raping scene occurred. It wasn’t a very long scene, but it was enough that I had to pause in the middle of it. Reading this really opened my eyes of the abuse and even the aftermath of young victims during a time like this (or even in today’s world). So very sad…

On a different note, there were some pacing problems for me. When the perspective of The Mechanik, the children’s father, came up, more toward the beginning, the scenes seemed to have dragged and it was hard to push forward. In addition, I found a lot of the ending to be a bit rushed.

Overall, aside from some of the pacing issues, I found this realistic retelling of a fairy tale to be creative and worthwhile.

I would recommend The True Story of Hansel and Gretel to those who would like to read a war and survival story that focuses on children.

The Happiest Baby on the Block by Harvey Karp

Lady Almina and the Real Downton Abbey
by Fiona Carnarvon